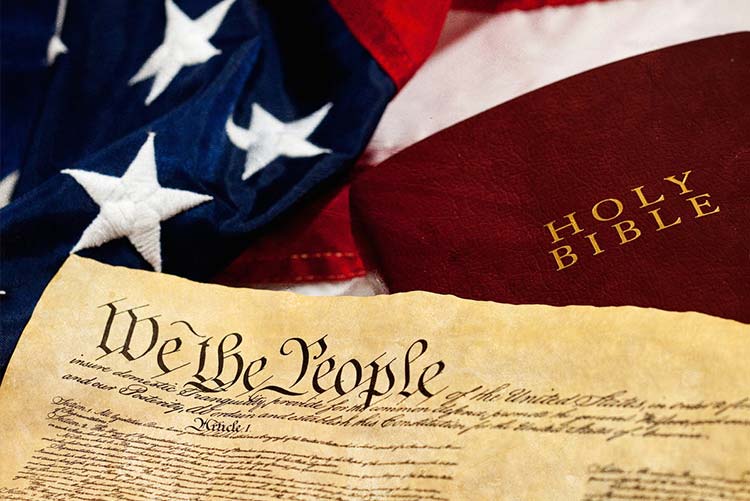 Moses was forced to confront the children of Rueben and Gad with the above question when they suggested staying on the east side of the Jordan River rather than taking possessions in the Promised Land. It seems that their willingness to be content where they were, brought with it grave concern over their support of the nation as a whole. A nation that would soon be engaged in life or death struggles for its very existence.

In the book of Ecclesiastes chapter 1 verse 9 we read:

It seems that human nature has not changed at all over the last few thousand years for even in this present time we see many like the children of Rueben and Gad. People who wish to remain content where they are at while a battle for the future existence of our great nation rages.

Cause for concern is justified when nearly three quarters of registered voters fail to leave the comfort of their homes to vote in the primary elections. Their inaction thus allowing a minority of voters to choose for the majority whose names will appear on the election ballot. A few limiting the choices of the many.

In 1775 patriots knew a battle was coming and they began to make provision by storing up arms and ammunition in the city of Boston, Massachusetts. General Gage of the British Army decided to counter these measures by sending out troops to confiscate the weapons and to take prisoner Samuel Adams and John Hancock.

The patriots were vigilant in standing guard and tracking the British army’s movements. They established a signaling system whereby lanterns were hung in the steeple of the North Church – “one if by land, two if by sea.” Paul Revere and other riders stood ready to ride racing through the night warning of the approach of the British soldiers once the signal was given.

The church bells ringing, drums beating, and guns firing in the darkness awakened the citizen’s militia and 50-70 men responded to stand in defense of Boston. The Battle of Lexington Green would make its mark in history as the British fired upon the militia sounding “the shot heard round the world.”

Today the alarms are sounding but it appears apathy is the response of the times. Too many people are moved emotionally or even spiritually by the troublesome reports but fail to be stirred into action.

Recently a friend attended a Tea Party rally where the turn out was appallingly low. During the event he noticed the “age gap” and how few young men and women were in attendance. This same age gap is evident in bible believing churches today and the blame I believe lies squarely on the shoulders of the last two generations of parents and grandparents.

When Dad and Mom won’t do what is right and necessary to maintain a good relationship with God what can be expected from their kids? When church attendance is viewed as optional, when bible study is deemed unnecessary, and when prayerful communication with our Creator ceases, the end result is always tragic.

Just how did a small minority of atheists succeed in defeating the will of the majority of God fearing Americans in getting the bible and prayer removed from our classrooms? The answer is simple: the majority didn’t want to leave their “comfort zones” and fight for a just cause.

Our nation needs people to stir themselves from apathy and inactivity to a disciplined resolve and commitment.
Maybe you have failed to be a good example to your children and grandchildren in the past but let us not hang our heads in failure and defeat but rather let us draw upon that inner strength and the “can do” spirit that made America great. Let’s turn off the TV, skip the sporting events and start doing the things that really matter.

Let’s make God, the bible, prayer and church attendance “the priority” in our lives and not let anything or anyone get in the way. Let us lead by example!

“If my people, which are called by my name, shall humble themselves, and pray, and seek my face, and turn from their wicked ways; then will I hear from heaven and forgive their sin, and will heal their land.”

Why not make today the start of a new life by seeking out a bible believing, bible teaching, and bible preaching church where you and your family can get right with God?

Our nation needs you not only in the voting booth but every day living life the way God intended so the He might once again shed His grace upon our County.

Audio Sermon – Is This The End?

Audio Sermon – Walking on the Water